The value of the Beatles

by Donald J. Boudreaux,
chairman of the Department of Economics at George Mason University in Fairfax, Va.

If each viewer of only The Beatles' first two "Sullivan" appearances deposited $1 into an account in return for watching The Beatles on these telecasts, this account would have had in it, on Feb. 16, 1964, $143.7 million. If this money had been invested at the historical rate of return earned by U.S. stocks, it would have earned an annual return, on average, of 8 percent. Today, this account would be worth about $4.4 billion.

One of my earliest memories is sitting on my grandmother's lap in February 1964 to watch The Beatles' first appearance on "The Ed Sullivan Show." I was only 5 years old, so much of my memory is hazy, but I do have a very clear recollection of Maw (that's what I called her) shaking her head sadly and telling her sister, who was sitting beside us, that "these boys' mommas must have wanted girls."
People forget now that The Beatles were not only famous for their music but also infamous for their shaggy, long hair. To many Americans back then, The Beatles' mop tops made them look girlish.
I recall marveling at those haircuts.

But even as a young child I marveled even more at Beatles music. I was a fan from the start. Although my parents and grandparents assured me that their music was unintelligible noise, they indulged my desire to listen to it by buying me Beatles records.
I've never tired of listening to The Beatles and, now that I'm pushing 51, I'm sure that I never will.

So I was teenager-like happy when I saw, for the first time, Paul McCartney in concert. He performed at Washington's FedEx Field on Aug. 1. When he broke into "I Saw Her Standing There" -- one of my all-time favorites -- I was indescribably thrilled.
Although the night was warm and muggy, McCartney, 67, performed nonstop for nearly three hours and was soaked in sweat. I have no idea how much he was paid for that performance but he earned every cent of it.
And he's a billionaire. Estimates of his post-divorce net worth vary, but $1 billion seems to be a consensus figure. How many of us would continue to work really, really hard at the age of 67 if we had $1 billion in the bank?

In 2006, when he was divorcing Heather Mills, more than one pundit wondered how any one person could really "be worth" a billion or so dollars.
Discussions of a person's worth quickly become very misleading. To say that McCartney is worth $1 billion is to say nothing more than what that former Beatle owns in the form of financial assets. It says nothing whatsoever about his worth as a person, a father, a husband, a friend.
But many people on the political left are so obsessed with money that they have a difficult time knowing that one person (say, Paul McCartney) is worth billions while millions of other persons are worth far less.
"How is it justified that a mere musician is worth so much money?" they ask.
My reaction is very different. When I read of McCartney's fortune, I am struck by how puny it is compared with the amount of pleasure he has contributed to humankind. 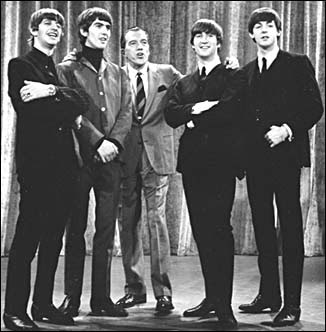 Consider:
If each viewer of only The Beatles' first two "Sullivan" appearances deposited $1 into an account in return for watching The Beatles on these telecasts, this account would have had in it, on Feb. 16, 1964, $143.7 million. If this money had been invested at the historical rate of return earned by U.S. stocks, it would have earned an annual return, on average, of 8 percent. Today, this account would be worth about $4.4 billion.
Divided equally among John, Paul, George and Ringo, Paul's share today would be $1.1 billion -- his approximate current net worth. And this from only a small payment made 45 years ago by each viewer of a mere two episodes of an American television show.

I guess my favorite is Lucy in the Sky with Diamonds