A Beatles Timeline and Notes on Beatles Songs - B 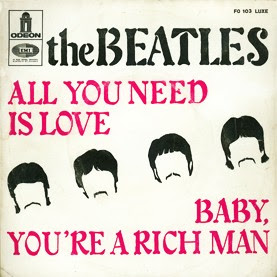 Back in the USSR (Lennon and McCartney)
Real Author: Paul
Recorded: 22, 23 Aug 68
Released: on "The Beatles": 22 Nov 68 (UK), 25 Nov 68 (US)
Notes: Inspired by Beach Boys (and Chuck Berry's 1959 "Back in the USA"). Paul plays lead guitar, drums and piano, John and George bass. Mike Love of the Beach Boys may have had a hand in India. The BOAC (British Overseas Airline Corp) reference is a joke; early in the career, they exchanged free travel on BEA (the European arm) for the Beatles plugging the company. It was a joke how they could fit the initials into a song. 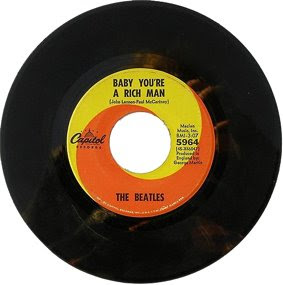 Birthday (Lennon and McCartney)
Real Author: Mostly Paul
Recorded: 19 Sep 68
Released: on "The Beatles": 22 Nov 68 (UK), 25 Nov 68 (US)
Notes: Inspired by "Happy Birthday, Baby" and "Happy, Happy Birtday," by the Tuneweavers in 57. One of the few White Album songs not written in India, instead perhaps started in India to celebrate Patti's birthday, but at least mostly written in the studio. Probably for Linda's 26th which was six days later. Yoko and Pattie sing a line.

Blackbird (Lennon and McCartney)
Real Author: Paul
Recorded: 11 Jun 68
Released: on "The Beatles": 22 Nov 68 (UK), 25 Nov 68 (US)
Notes: Written in India about a bird outside window, according to one story. Song came effortlessly. Tune from Bach, which both he and George had learned as children. Paul says was about black women, Bird sound from EMI sound archives.