A Beatles Timeline and Notes on Beatles Songs - D 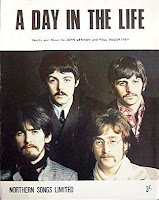 A Day in the Life (Lennon and McCartney)
Real Author: Mostly John
Recorded: 19 Jan, 10 Feb (orchestra), 22 feb (final chord)
Released: on "Sgt. Pepper's Lonely Hearts Club Band": 26 May 67 (UK), 2 Jun 67 (US)
Notes: Includes reference to the Liverpool bus which allowed smoking on the upper deck. Paul's contribution was "I'd love to turn you on." John read a story about the Guiness heir (Tara Browne) who died in accident 18 Dec 66 (coroner's report issued in Jan 67 which is what John saw on 7 Jan issue of the "Daily Mail") and on 17 Jan how many potholes there were in Blackburn, Lancashire (Terry Dolan suggested Albert Hall). For recording chord, many came, including Marijke and Simon of "The Fool" Dutch designers dressed as Tarot characters. Also Mike Jagger, Maryanne Faithful, Keith Richard, Mike Nesmith and Donovan. Film about English winning the war was "How I Won the War."

Dear Prudence (Lennon and McCartney)
Real Author: John
Recorded: 28, 29, 30 Aug 68
Released: on "The Beatles": 22 Nov 68 (UK), 25 Nov 68 (US)
Notes: Prudence Farow is Mia Farrow's sister, who in India wouldn't come out of her meditation cabin. becasue of to deeply in trance. John and George were sent to entice her out, but they never sang this to her. Guitar style was learned from Donovan in India. 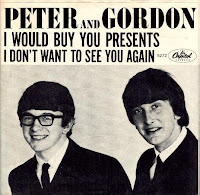